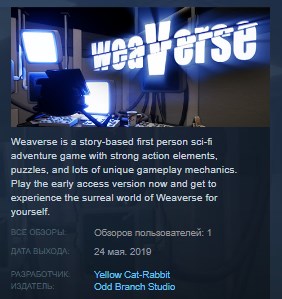 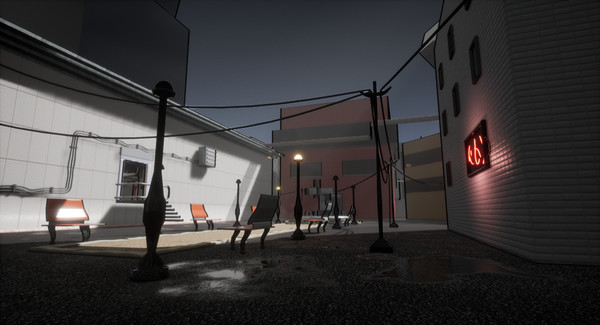 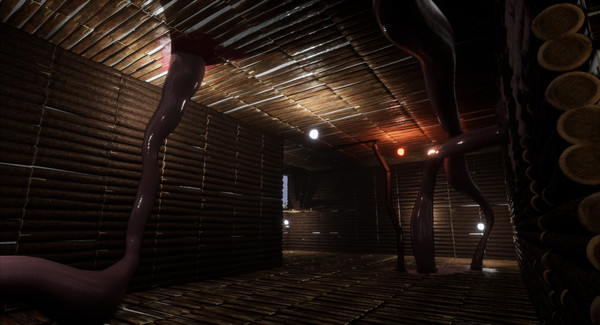 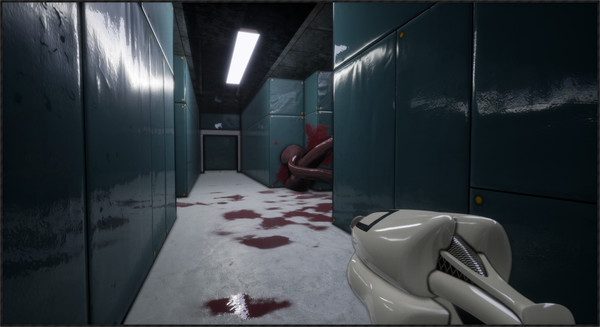 At a first glance, the story is simple, if not cliched. A player finds themselves in a strange world called "Weaverse" - they don´t know where they are or how they got there. And it appears they don´t remember anything up to this point. Almost immediately the player is contacted by a group of characters with similar symptoms and together they start an investigation to unravel these mysteries. What is Weaverse? Why can´t they remember anything? These and many other questions will be answered in the most unexpected ways.

At its core, Weaverse is a first-person shooter, with strong exploration and puzzle elements. The Town Square is a safe space where the player can go to seek shelter, trade with merchants or talk to quest givers. Teleport Room that can be found there is used to reach other worlds (dungeons), but only after they were found by the player via story quests or by exploring the Town Square´s dark corners (in which you can find secret passages to any of the worlds). There are four worlds in Weaverse - Plastic, Snow, Metal, and Darkness, with the Town Square being the fifth hub world. Each world has its own gameplay twist.

The Plastic world is full of hidden passages and fake walls. In the Snow world, the player will face many liquid-based puzzles (simple example - turn a small lake to ice in order to cross it). Tricky mechanical devices waiting for the player in the Metal world. Finally, the Darkness is a maze, where you need to find Living Keys and escort them to corresponding locks in order to succeed.

There is no "Game Over" screen in Weaverse. Instead of dying, the player teleports to the Well when HP is depleted. Upon climbing the Well to the top, player transports to the Secret Room, nearest to the player’s "death" location. These rooms are closed from the inside, so the player will need to figure out how to unlock them.

While exploring the dungeon the player can find the Lost Ones. When saved, they disappear from the dungeon and can be found somewhere in the Town Square or the Hideout as merchants or quest givers. For quest-related objects, enemies or sometimes even whole locations to appear in the world, a corresponding quest needs to be accepted by the player. Only then the player can go to the dungeon, complete the objective and return to the quest giver.

For some actions (neutralizing enemies, completing quest objectives, saving Lost Ones, etc.) the player will receive Blue Orbs, the main game currency.
Blue Orbs can be used to purchase various cards from merchants. If the player completes a quest or two for a merchant, they can expect new cards or special offers.
Merchants deals only in cards - special add-ons to the player’s weapon, affecting its performance in many different ways.
The payer has three slots for cards, so they can stack or even negate each other’s effects. It is highly advisable to experiment with cards to compliment different playstyles.

All puzzles in Weaverse involve the player’s weapon. Default settings of a gun allow the player to manipulate cubes and some other objects in the Plastic world. To change the settings the player must find a tuning device and place the weapon into it. The output settings will depend on the tuning device type. Some will transform a gun into a flamethrower, some into a drill, and more. Every setting has its application in combat as well as in puzzle solving.
ИНСТРУКЦИЯ ПО АКТИВАЦИИ: